Individuals are working in every sector of life, where entertainment is one of the huge chunks. Mobile games are part of our daily lives; several individuals like to play games in their leisure time. The games support them with several activities. Like maintaining their skills, improving their imaginations as well as stay active with various activities regularly. This will enhance the characteristics and personality of a person, though games do not have immediate effects on mental health development and emotional health development. According to Game Analytics, in Q1 2020, the mobile gamer’s ratio has been increased by 46%. From 1.2 billion people it has seen a rise to 1.75 billion people per month playing games.

Games are one of the most entertaining categories in app development. Several businesses are looking for game app development company to guide them in making custom-made game applications according to their business idea for the audience. You may have noticed the gaming application sector in app development has increased eventually with an increase in mobile users around the world. People are more convenient in playing games on mobile phones than physically.

Here in this post, you must look forward to understanding the four factors briefly, as it will support you in developing your mobile game applications for the audience.

1. A plot of Game and Characters Involved

When you are making an app, it is important to think about the plot of the game. This plays one of the crucial roles in developing the skills as well as telling a gamer what to expect from the game. A plot is an engaging part of the game app for the users to stay connected with it. As you write an article or story for the kids, you require a story, some characters, a setting, some personalities, and various interactions; similarly, you require all these elements in a game application. This will help you maintain the interaction and engagement of the player’s attention.

You are required to have a detailed close discussion regarding the unique plot and all the mentioned elements in this section. This may cost you a bit with developers; however, the rates depend on the expertise of the app developers.

Developing an app requires you to decide how complex or simple a game application you want. It will help you in determining the cost of making an app. With this, you will be able to estimate the time required in designing the interface as well as a complete game app for the audience. Three basic categories are included when you are wondering about the complexity level of the game app.

Simple games app or mini-games generally have a basic audio track with an average visual. These visuals often involve 2D graphics for the games. Therefore, the audience who like to play the Just Arcade game can have fun with the average interface of the game. Several ordinary people with no skills can play these simple format games. This may cost you a bit more than just the idea, as these games required time and basic skills to make a game app for mobile.

Sometimes games also require information like age, email address, options to connect with social media accounts, etc. These games are complex for the audience, as it requires information as well as some skills to play. They also have a storyline, characters; however, here you will find 3D graphic Design and a High-level audio track according to the game app. Individuals like to play the Angry Birds app in their leisure time. You must contact some of the best developers, to guide you in making the complex app.

Applications that are paid or sometimes have large GBs to cover in the system. High-level games are one of the most complex games in mobile apps. They require complete unique and high-level graphics with audio tracks and several other elements of the games. These games are off the high budget as well, where you need to consult professional developers for a mobile game app.

Once you know which type or level of mobile game app you are going to develop, it will help you in designing your interface for the game. You must make smart decisions as to the more simple design of the game app the more cost-efficient your app will be.

Once you have designed the mobile game app, it will be crucial to passing the testing process of the game. It will test the user engagement; responsiveness, speed, and interface design level, so that the users are satisfied with the game app. Make sure you have completed all the steps of the game app development to have a complete successful game app test.

Some of the crucial elements of developing a game app are defined here. If you want to have some expert advice, you must look for professionals who have years of experience in designing and developing the application. 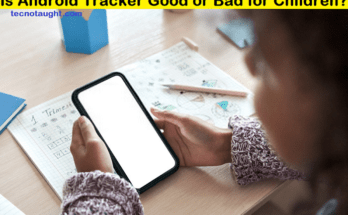 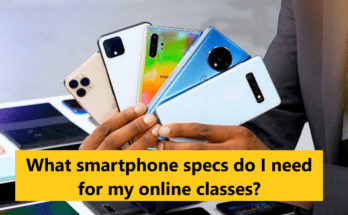